"White Peacocks" can be beautiful in their own ways. 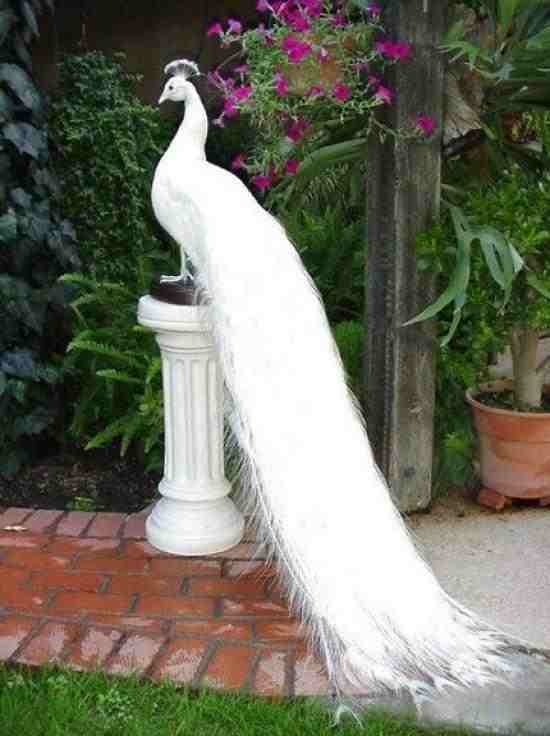 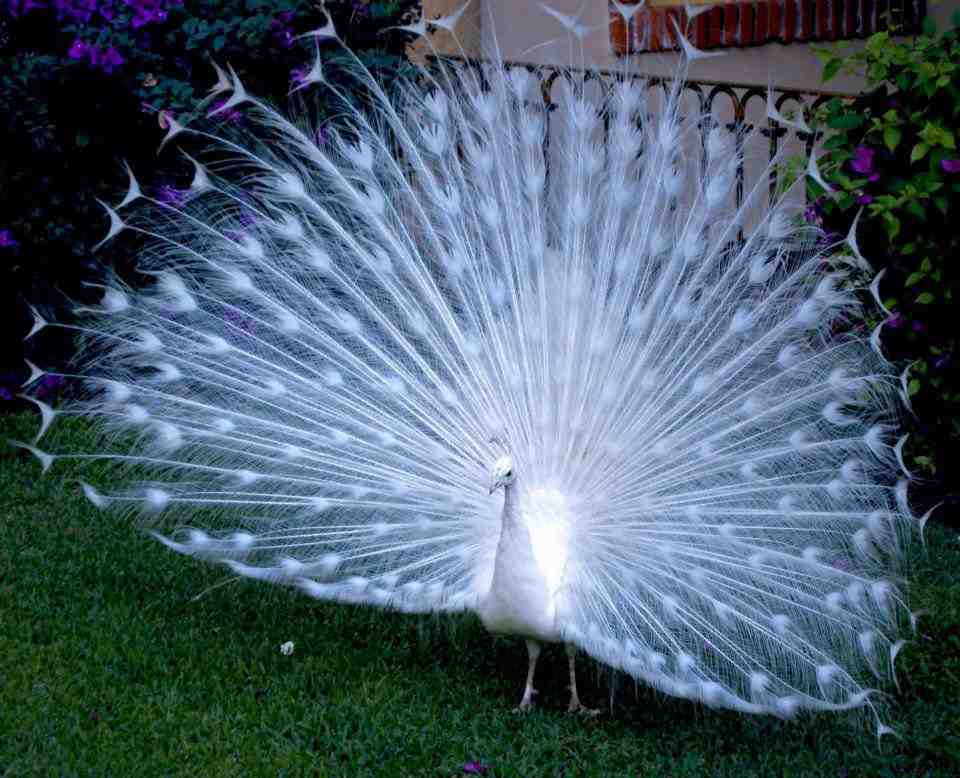 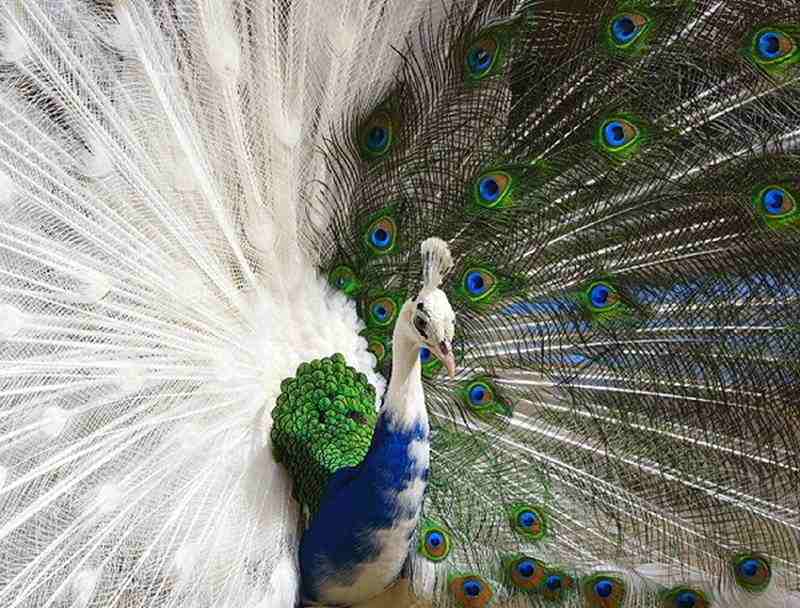 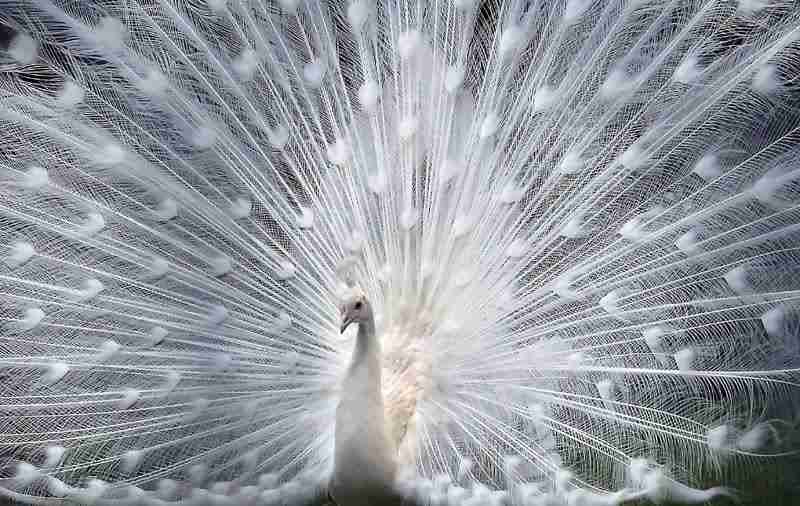 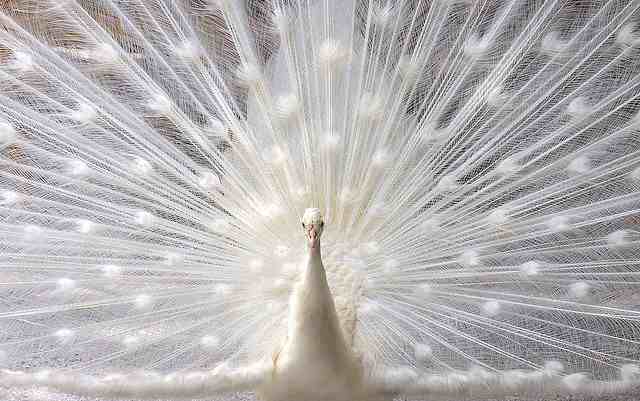 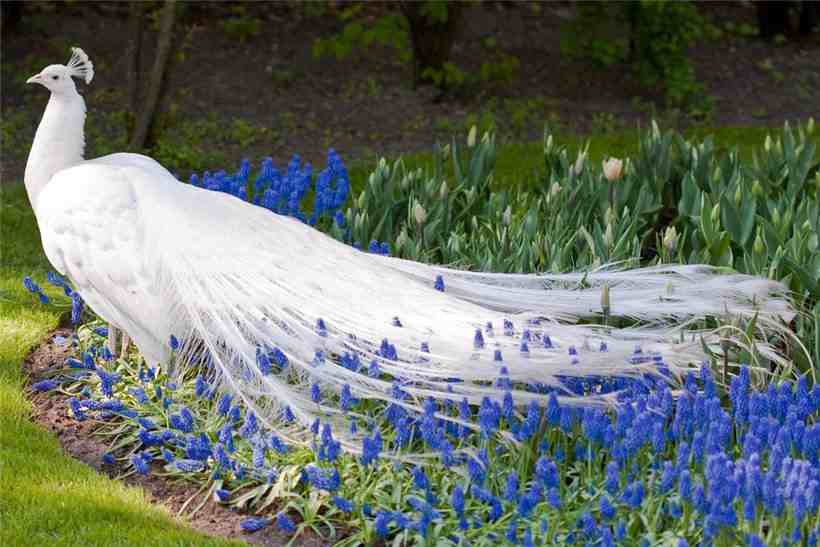 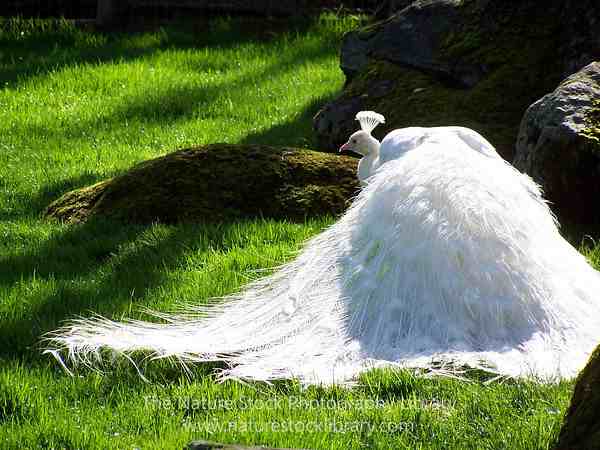 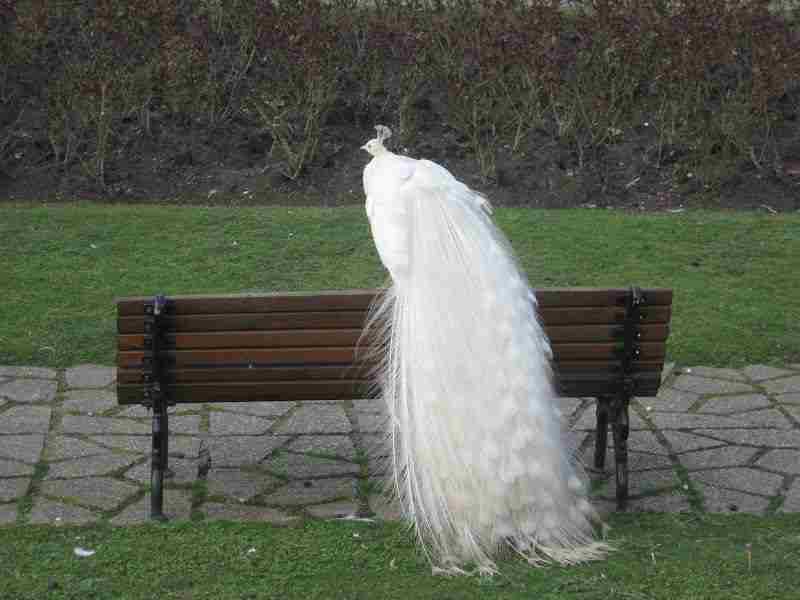 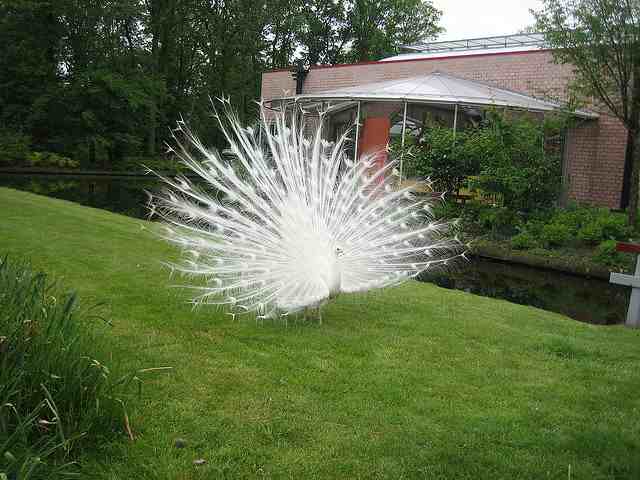 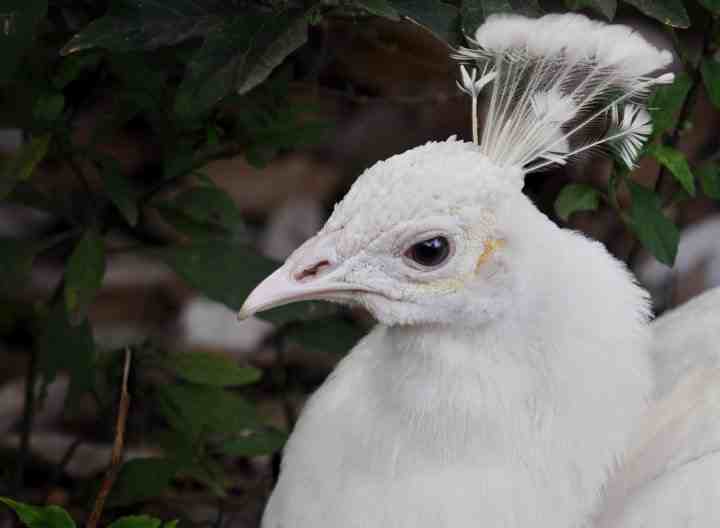 Posted by AJORBAHMAN'S COLLECTION at 9:16 PM No comments:

The Valley of Flowers 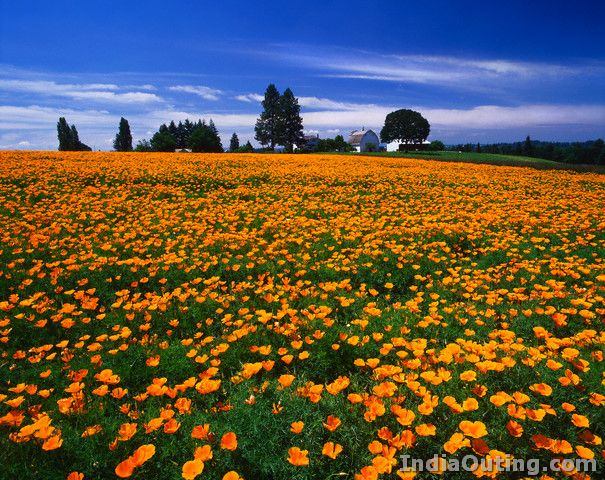 “High in the Himalayan ranges of Garhwal hills of Uttaranchal lies an enchanted Valley.” About 600 kilometers from Delhi, in the Chamoli district of Uttaranchal can be found The Valley of Flowers, a breathtaking array of over 500 different species of wild flowers spread over an area of 87.5 km².  It is situated a height of 11,000 feet to 14,000 feet above the sea level in the Western Himalayas.

This mysterious valley was hidden from the outside world, with only locals frequenting the place. Initially, it was avoided by the shepherds who believed this magical valley to be the celestial playground of the Gods, nymphs and fairies.

The Valley was discovered by Frank Smith, a mountaineer, botanist and an explorer who came across it quite accidentally in 1931. He was so captivated by its outstanding beauty, which was in its full bloom at the time that he wrote a book about it called “Valley of Flowers”. Thus, the Valley remained a secret no more much to the delight of nature enthusiasts all over the world.

The Valley itself is flanked on either side by imposing peaks, capped with snow. It is divided into two sections due to the Pushpawati River which cuts through the valley. The major portion of this valley is on its right bank and is every trekker’s dream come true. The entire trek from Govindghat to the valley via Ghangharia is a feast to the eyes. The Valley of flowers changes color almost every day, as it blooms with hundreds of new different flowers along with the changing shades of the old flowers as time passes by. It has been acknowledged by botanists, mountaineers and nature lovers as one of the most picturesque high altitude valleys in the world.

It was only in 1982 that an area of 8,950 hectares of the valley was declared a National Park. In July 2005, it was declared a World Heritage Site by UNESCO. This is mainly due to the fact that the valley contains so much rich diversified fauna within its area especially as it is a meeting point of Zanskar, Himalayan ranges and Eastern and Western Himalayas. The importance of this beautiful valley is furthered as many endangered flower species and medicinal plants can be found here.

From November to May, the valley is covered in a bed of snow but the flora here is well adapted to the harsh climatic conditions. The best time to visit the Valley of Flowers is in the months of July and August after the snow has melted. The flowers are in full bloom during this time, giving you ample opportunity to enjoy the never ending charm of this place.

Posted by AJORBAHMAN'S COLLECTION at 8:48 PM No comments:

Getting a Feel for the Terrain 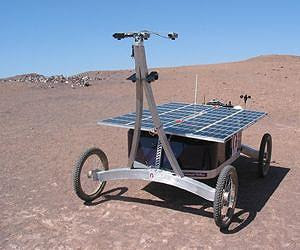 by Michael Schirber for Astrobiology Magazine

For the exterior the German cartuner provides only 100% full carbon fibre parts as rear diffusor, fuel cap, rear fog lamp frames, mirrors and spoiler fins. The interior, trunk and engine compartment is refined with side panels, a custom-fit trunk tray and a final panel for the rear window trim. Even the wheelhousings and the entire under-floor can be refined by replacing the autoclave produced high-performance carbon-fibre components with a matte finish. Using all elements of the “Perfetto program” will reduce the vehicle´s weight around 30 kgs.

Even with the previously offered, maximum power increasement up to 621hp, the company now offers a newly developed Carbonairbox. Many years of knowledge from the racing and motor sport gained in the realization of the larger and throughput-optimized box, which results in the new performance stage III and a significant power increase in the amount of additional 26 hp / 19 nm up to a final 647hp / 635 nm of output. This increasement is achieved by installation of manifolds, valve-controlled exhaust system, a software upgrade and the described carbon-airbox.
The „Perfetto“ creation is completed due customizable forged rims of the type 6Sporz², which are finished sizing 9.0×21″ with 245/30/21″ tires on the front and 12.5×21″ with 345/25/21“ Hankook S1Evo tires at the rear axle.

Posted by AJORBAHMAN'S COLLECTION at 10:41 AM No comments:

Designer Kőrös Benedek noticed that 99% of today’s vinyl players were designed for DJs and were really more suitable for mixing or scratching than playing music. His response was this compact player, designed for serious music junkies. While the Golden Era is minimal, it utilizes advanced technologies like DLNA and Airplay to bridge the gap between the MP3 generation and the golden era of music.
Designer: Kőrös Benedek Posted by AJORBAHMAN'S COLLECTION at 10:34 AM No comments:

I love the Iris concept camera for its utilitarian functionality and simplicity. The camera works at the command of your blinks, yes and its so amazing. Its almost as if you gaze into a crystal ball and capture moments that you think are precious and then share it with the world. The concept uses biometric technology to identify people by recognizing their unique iris signatures. Once it identifies the iris, it automatically uploads that users preferred setting. It even recognizes subjects using the same technology and even tags them.
The camera is capable of storing user info like aperture, ISO and screen display. The beautiful video below goes on to explain how you can gesture control the photography process by simply using your eyes. It looks to be as natural as us taking to the computer mouse as our virtual hand onscreen.
Features:
Designer: Mimi Zou 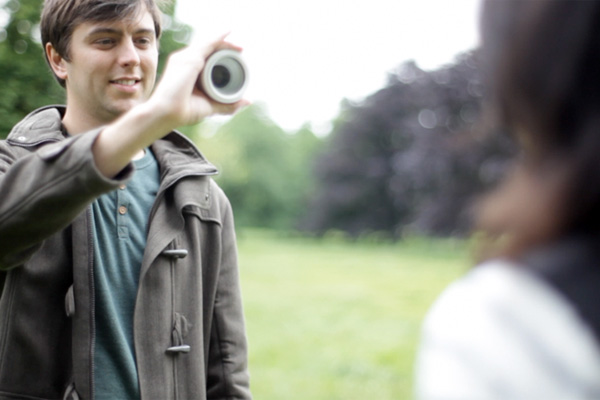 Posted by AJORBAHMAN'S COLLECTION at 10:28 AM No comments:

The beauty of pollination

Posted by AJORBAHMAN'S COLLECTION at 9:57 AM No comments:

The population of the planet weighs 287 million tonnes

How much weigh humanity? We know how much weighs the planet, the globe, but how much weigh the human beings who populate the Earth? In total, 287 million tonnes. Researchers from the London School of Hygiene and Tropical Medicine (United Kingdom) have done the calculation.
The results of his work, which publishes the journal BMC Public Health, indicate that the total weight of the world’s population is of 287 million tonnes. Thus, the average weight of adults inhabiting the planet is 62 kilos.
In the words of one of the authors of the study, Professor Ian Roberts, to the BBC, “increasingly are more fat.” The expert says that in view of the data is necessary to address the growth of the world’s population because, in his view, it poses a threat to food security and the environment.

Posted by AJORBAHMAN'S COLLECTION at 11:50 AM No comments:

Want to Meet Your Ancestors?

Posted by AJORBAHMAN'S COLLECTION at 10:38 PM No comments:

Wild crows inhabiting the city use it to their advantage - David Attenbo...

Posted by AJORBAHMAN'S COLLECTION at 6:01 PM No comments: 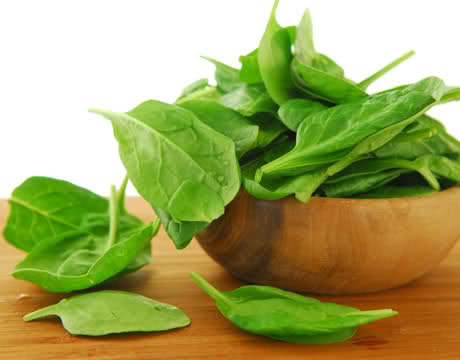 1. PROTECTS AGAINST CANCER
Spinach contains a strong antioxidant called  kaempferol,
which helps prevent the formation of cancerous cells
in the body.

2. BRAIN FOOD
These leafy greens will help slow the effects of ageing on the brain due to
its folic acid conten, a B vitamin which also assists the body in maintaining
a healthy heart.

3. NUTRIENT-DENSE
Low in calories and high in vitamins, just one cup of spinach contains
more  vitamin K and vitamin A than your daily requirement
and nearly 40% of your magnesium requirement.

5. ALLEVIATES FATIGUE
Spinach holds high levels of iron, which carries blood and oxygen
throughout the body and is responsible for lessening fatigue
and giving you that added energy boost.

Posted by AJORBAHMAN'S COLLECTION at 5:59 PM No comments:

The Deadliest Creatures (Most Easy to Miss) 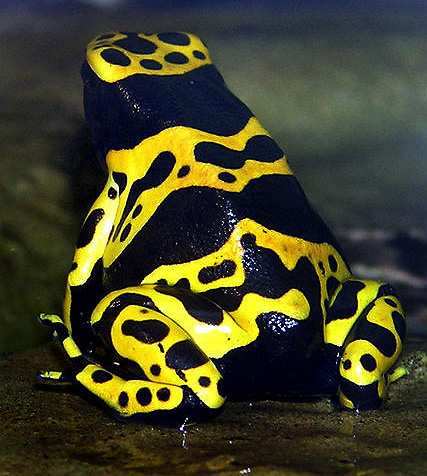 Posted by AJORBAHMAN'S COLLECTION at 11:02 PM No comments: